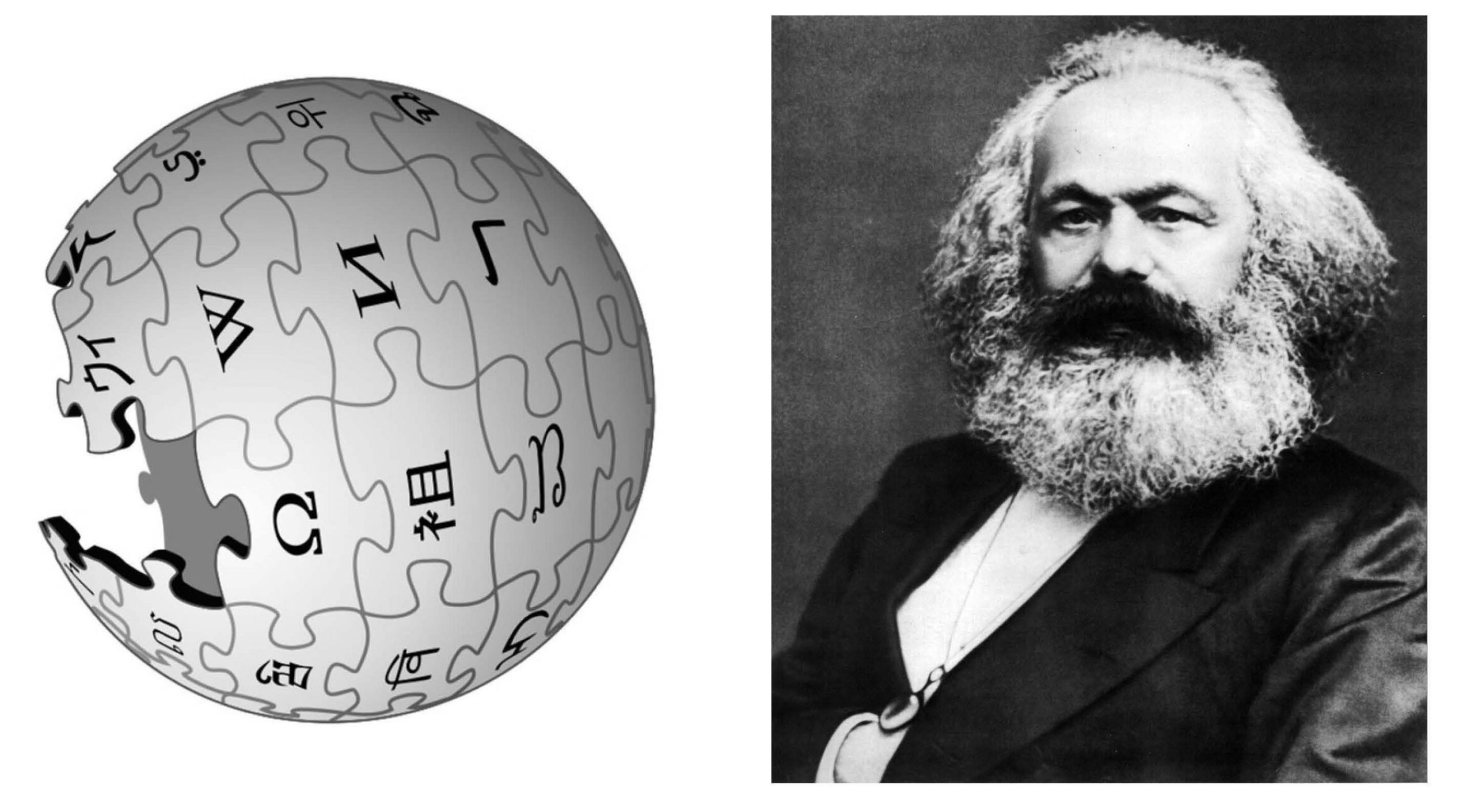 I am going to say one word to you, and that word will change the entire way that you are looking at the material we are reading for class this week.  It probably won’t convince you that the author is correct, but that is not the point.  Our job is to understand how someone might be able to believe that what he is asserting might conceivably be possible.  And the word is  . . .

For decades I had difficulty getting students to take Marx’s idea of a future communist society seriously.  The collapse of communism made the job easier, because it helped them distinguish between his vision of the future communist society and its perversion in the Soviet Union and its satellites.  But students still insisted that people would never work without pay and that it would be impossible to organize vast enterprises without a strict hierarchical order.

My problem was not that the students remained unconvinced that Marx was right about the future, since that was not my goal.  Rather the issue for me as a teacher was that they were so rooted in the patterns of interaction in their own society, that they were completely unable to imagine other possibilities. As Marx would have predicted, they took the human relations in the society around them as an unchangeable fact of nature, and they were unable to think seriously about whether people would operate in a different manner if those conditions changed.

And then I discovered a magic word – Wikipedia. That word and what it represents served as a metaphorical bridge between a world that was familiar to my students and one that initially seemed quite alien.  Within the universe of Wikipedia millions of people worked for personal satisfaction, not for monetary reward.  Even better for my pedagogical purposes, their efforts were coordinated on a global level with very little hierarchical organization.  This was a world that operated on forms of social interactions that in many ways resembled those in Marx’s descriptions of the future communist society, and it was a world that every one of my students had participated in.  When I pointed this out, they became more able to see the world from another angle, to imagine other possibilities, to see ways in which the vision that they had of society focused on certain kinds of interactions, and ignored other possibilities.

As Joan Middendorf first fully recognized, the power of metaphors such as this can be essential in the Decoding the Disciplines process.  At the core of Decoding is the need to identify ways of operating that are functional within the context of our disciplines and to teach these in our courses. But introducing students to new – and for them untried – mental procedures is not always easy, and they often resist the idea that they should abandon familiar approaches, even when these are not working for them.  A well-chosen metaphor can link what we want them to do with something that is familiar to them, and, thus, smooth the transition.  And it can serve later in the course as a way to draw students back to the patterns that we wish them to use.

But before we say good bye to the Marx/Wikipedia metaphor, let us spend just a moment probing a little more deeply what such metaphors can actually do for students.  The comparison of Marx and Wikipedia did involve a new piece of knowledge for students.  They learned that they themselves had participated in a social process that in certain ways resembled what Marx was describing.

However, Decoding focuses, not on what students have to know, but rather on what they need to be able to do, and this is where the kinds of analogies that we have been discussing are most powerful. Before the introduction of Marx/Wikipedia comparison many of the students had assumed that human nature was constant.  When they imagined different historical situations, they assumed that people always thought and acted in more or less the same manner.  They operated in a world in which the actors were fixed, and only the sets and costumes changed.  As my colleague Jim Diehl used to say, for many of our students nineteenth century Europe was Indiana without cars.

When they were faced with the fact that individuals acted in a different manner in the world of Wikipedia, they implicitly encountered a different way of processing human culture. It was as if the sets and costumes to a large extent created the actors. Whether or not they were fully conscious of the fact at the moment, this second way of organizing one’s ideas about human life had become part of their experience.  They, themselves, had experienced the way that spectrum of human actions can shift, when the context is changed.  The option of being able to think in this manner is essential to understanding history.  Thus, to the extent that the metaphor opened new possibilities for operating in the world, it had done far more than simply help them understand the argument of a nineteenth century social thinker.