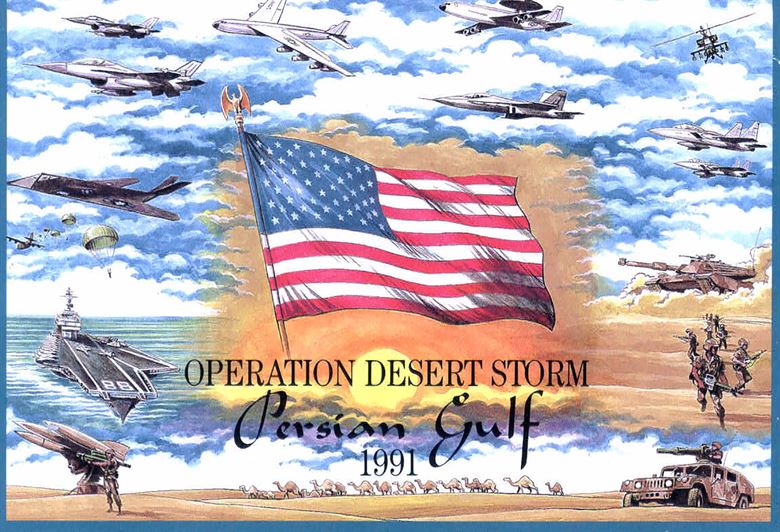 The United States has been waged more major wars during my life time, than in any comparable period of American history. I have somehow survived World War II, Korea, Vietnam, two Gulf Wars, Afghanistan, and many, many smaller conflicts. I have taught college classes during all but the first two conflagrations, but I am not sure that I have gained any wisdom about how to do it.  The Taoist in me says that it is always too late when the battle has begun.  The emotional hurricane that emerges in wartime is so overwhelming that it always threatens to overwhelm the fragile dynamic of education.  I still believe that the classroom is a place of great power.  But I fear that its potential generally lies in subtly shaping a more distant future, not in managing a national crisis. 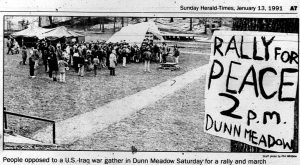 Yet, I have had one experience of teaching in wartime that I think might be worth sharing.  The tragedy of the first Gulf War has now been largely forgotten in the wake of the greater disasters that followed it.  But at least on my campus the lead up to and the beginning of that conflict shook the calm – some would say torpor – that has usually marked the institution.  The memory of Vietnam was still relativ

ely fresh, and for some of us the outbreak of a new war seemed a betrayal of all the lessons we thought had been learned. On the other side there was a sense that the nation was under threat and that the opponents of the conflict were keeping us from following the only course that could protect our homeland.

A struggle emerged within the student body.  Racist anti-Islamic graffiti was scrawled across walls and bathroom stalls.  Students who were assumed to be from Arab countries were subjected to cat calls and worse.  Arguments broke out everywhere, and there were fist-fights in the women’s dormitories. 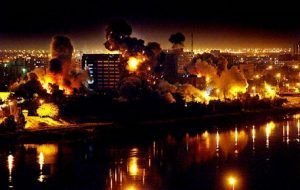 ll of this became terribly concrete to me on the morning of January 18, 1991. The night before I had watched in horror as the bombing of Bagdad was presented live on CNN.  The anti-war protests of the late 1960s and the early 1970s had shaped my political consciousness, and I had devoted much of my time in the early 1980s to the Nuclear Freeze Movement.  Now all that we had sought to teach the nation seemed to have been thrust aside.

I arrived in class the next morning, stunned and lacking the emotional distance that I needed to teach.  The seminar seemed destined for the kind of explosive and unproductive shouting sessions that were cropping up everywhere on campus.  There were seventeen or eighteen students, some undergraduates, some masters or Ph.D. students.  Three were military officers, sent to my university for further education.  There was a sociology student on the extreme left and the rest of the class was spread out across the ideological spectrum.

I have no memory of the subject that we were supposed to be discussing, but it was, in any case, irrelevant, since none of us could keep from plunging into the struggle over the war.  Things escalated with remarkable speed.  Despite the fact that the participants were actually spread fairly evenly across the ideological spectrum, the room quickly split into two, very strong positions.  Every comment became personal, as accusations of treason and inhumanity were hurled across the room.

I watched aghast as the class disintegrated.  We were very near the beginning of the course, and any hope for civil discussion across the rest of the semester seemed to be disappearing.  Worst of all, many of the comments of the supporters of the war were generating a strong emotional reaction in me, and I felt that I was losing any ability to manage the class, as I began to be drawn into the free-for-all.

The feelings that were pouring chemicals into my bloodstream obliterated most of my ability to pull back and assess the situation, but one small portion of my brain was screaming that something had to be done to interrupt the process before the entire course descended into chaos.  With the limited mental faculties that remained to me I managed somehow to force the students to stop for a moment, as I asked them to tell me what the issues we should be arguing about.  I promised that they could resume the struggle, as soon as we had a list of topics on the board that everyone in the room agreed were essential to the argument.

The change that came over the class in the next ten of fifteen minute was astounding.  As they struggled to define our agenda, the students discovered that on a deeper level their concerns were the same.  They shared the same hopes and fears, but they had very different ideas about what needed to be done to achieve the former and prevent the latter.  And the spread of positions that really existed in the room began to emerge.  It turned out that there was, for example, considerable difference in the attitudes of the three army officers, whose diverse approaches for dealing with the crisis emerged once the shouting had receded.

The class did not come to a shared conclusion. I doubt that anyone left the room with a different opinion about the wisdom of the war than the one that they had bought with them that morning.  But they had gained a new respect for the members of the class with whom they disagreed.  In fact, the class bonded to a remarkable extent, and the rest of the semester was marked by very productive interactions.

But that is about all that I have to contribute to teaching in wartime. It is a topic that should be high on the agenda of the scholarship of teaching and learning, because we will be there again.  Other instructors will stand in front of students who are acting out the broader struggle, and they will feel themselves slipping into a kind of unconsciousness, as powerful emotions strip away the distance that is essential to rational teaching.  Before I completely lost control of the situation, I was lucky enough to hit by chance on a strategy that worked for this particular class.  Others will not be so fortunate, if we have not prepared them in advance.