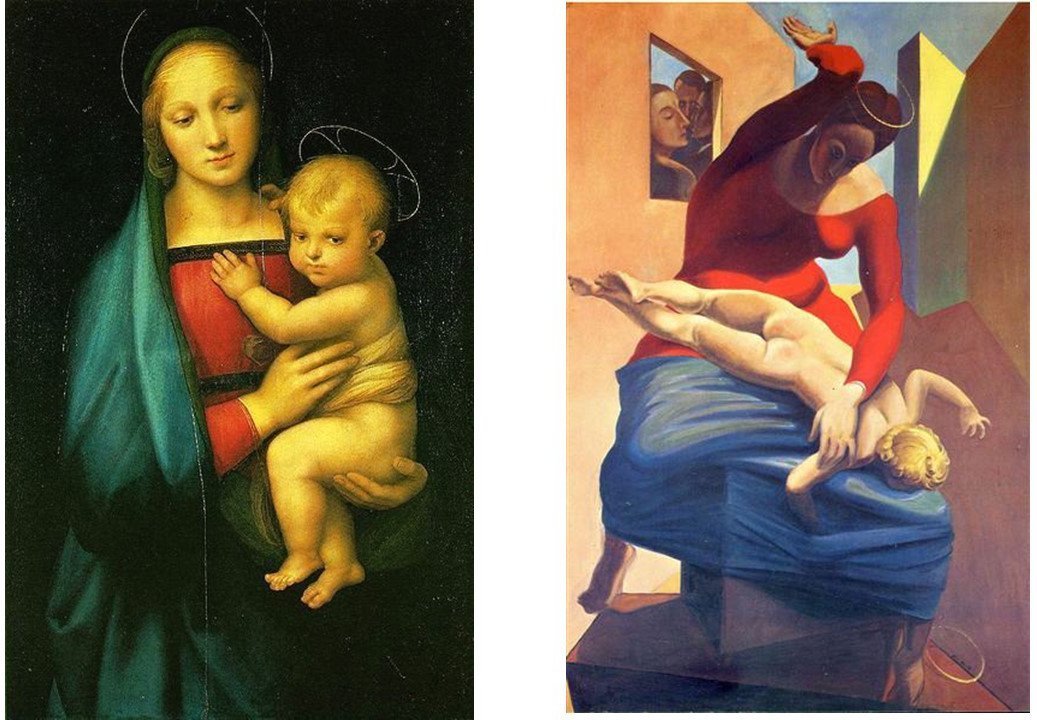 Confronted with images like many of those on this page, some students are as confused as I was by the equations of Professor Brown.  But in some ways their situation is worse. Not only do they lack any clear idea of how to solve the “problem” of making use of such cultural artifacts in a course, but they deeply believe that they are just not the kind of person who is capable of even beginning to do so. Instead of continuing to press forward until they begin to understand how to use this material, they freeze,  just as students suffering from math anxiety often stop trying before they have even begun to solve problems.

This was a major problem in an upper level course I taught for thirty years on the cultural history of Paris and Berlin in the 1920s.  In the language of Decoding the Disciplines many of the eighty to one hundred students in the course were faced with both a 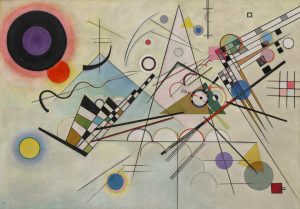 cognitive bottleneck (they did not know what they were supposed to do with such cultural artifacts) and an emotional one (they brought to the course a dysfunctional image of their own abilities that prevented them from seriously engaging with the material).*

To deal with the cognitive bottleneck, I needed to have a clear notion of what historians do when they make use of images. Drawing upon the interviews with historians conducted by the History Learning Project and my own decoding work, I realized that when professional historians deal with images, they do the following:

These mental operations seem terribly obvious to most historians — so obvious that they rarely explicitly teach them. Those students, who have been pre-educated in these procedures before they arrive in college, do well.  Some of the others manage to deduce them from the implicit actions of their instructors or they have cultural capital that allows them to get help.  But a significant portion of the students may be left staring at images without the slightest idea of what they are supposed to do with them.

To help students succeed in my course, I needed to model each of these procedures and then to give them a chance to repeatedly practice these processes. But this would not work unless I gave everyone in the class an opportunity to experience some level of success at this endeavor, in order to undercut the preconceptions of some students that they were not the kind of person who could ever understand art. 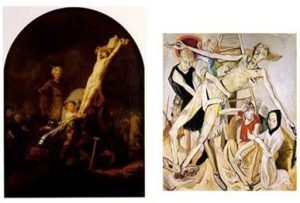 Building on Bob Bain’s injunction** that we must interrupt the “ritual interactions” that reinforce students’ dysfunctional expectations for a course, I knew that I needed to provide the students with an initial experience that would throw into question their preconceptions about what they would encounter in a course such as this.  Therefore, when the students entered 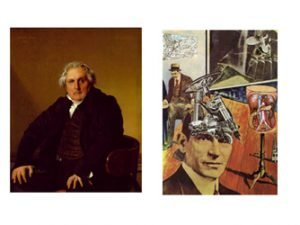 the hall, they were greeted by the exuberant music of Darius Milhaud’s “Le Boeuf sur le Toit” and a series of images from the culture of the period we were studying.  On the left sides of the images were traditional paintings, sculptures, or architecture that traced the development of European art from the Renaissance to the late 19th century. On the right were a series of more radical and, sometimes disturbing, images from the teens and twenties of the twentieth century.  This gave students an idea of what they would be encountering across the semester, when it was still possible to jump ship. 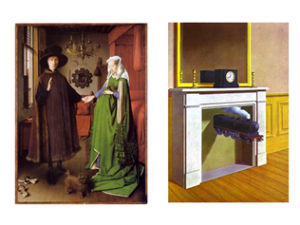 However, the main purpose was to hit the reset button on students’ expectations and to let them know that the patterns they had come to expect when encountering modernist culture would not necessarily be a good guide to their experience in this course.

When the students were all seated, I proceeded with the usual PowerPoint description of the course and my expectations.  But  then I began replaying the initial slide show, this time asking the students to form small groups and talk about the pattern of differences 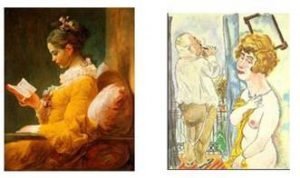 that they observed,. The task of their team was to make a list of the general contrasts between the two cultural traditions that visible before their eyes, not to interpret them.

As the slide show played, I walked among the teams, watching students, who had been convinced at the start of the class that they could never understand modernist culture, begin to 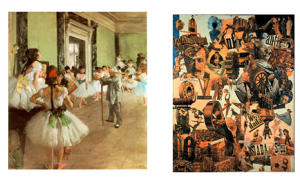 make cogent observations about how 20th century culture was diverging from its predecessors.  When the teams were done, we came back together, and there was a spirited discussion of the patterns they had identified.

Immediately after class I arranged their contrasts into categories and made their work available on the course web site, along with a Just-in-Time teaching exercise, that required them, among other things, to choose a pair of paintings by Henri Rousseau and one of the 19th century realist painters and to very briefly describe three differences they noted in the techniques or the concept of what a painting should be.

The course was launched.  Virtually every student had had the experience of being able to say something about works that had earlier seemed intimidating, and they were beginning to internalize some of the processes that they would need to master in order to move from initial observations to the development of complex historical interpretations.  It would be necessary build a scaffolding of crucial steps leading to these more complex activities and to repeatedly model each. But, by identifying some of the steps that students needed to master, by breaking these up into easily manageable pieces, and by giving students opportunities for micro-successes, I had provided students with a sense of their own ability to function in a complex cultural environment.  The course was launched, and fewer students were being left behind.