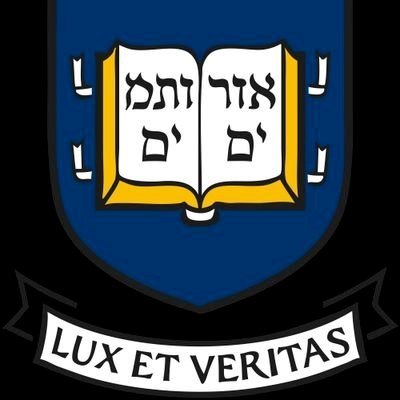 It was a test of my parenting, and I think I passed. We were on a trip to investigate colleges with our teen-aged son, and Yale had become part of the itinerary. I had to sit for an hour in one of the University’s faux-Gothic lecture halls, listening to a recitation of all the virtues of the institution without allowing my personal reactions to find their way into my facial expressions or my body language. This was our son’s life and his decision, and my experiences at the school should have no role in that process.

The night before, while my wife and son settled in the hotel, I had wandered around the Yale campus for the first time in thirty-five years, and all the loathing that I had felt for the institution welled up inside me. To be fair, I was not treated badly during my PhD work there in the late 1960s, and any difficulties that I experienced were entirely the result of my own delayed adolescent rebellion.  I was doing well, and the kind of academic humiliation that I had suffered in my freshman calculus course [“Confession of a D Student”] was a distant memory. I was immersed in the most stimulating intellectual environment that I would ever know, although this was entirely due to the group of counterculture students that hung around our house in New Haven. I learned almost nothing of value in my classes, and the only decent teacher I encountered was subsequently denied tenure. But my four years in New Haven did produce the four letters Y-A-L-E for my curriculum vita, and in the years since I received my doctorate that has opened many doors in the status-obsessed world of academia.

Nonetheless, I hated the place almost from the day that I arrived in 1967. A first-generation college student from the South, I was appalled by the pretentions of the institution. Everything had an odor of smug self-righteousness and empty traditionalism. I was caught up in the political and cultural radicalism of the era, and yet I was living in the midst of the very Establishment that we were attacking. This was an elite club in which I could never feel comfortable nor wish to do so.

All of these feelings were intensified by my subsequent experiences at a middle-level research university. Year after year, I saw my department make hard hiring decisions about which of the new crop of PhDs in a particular field had the most promise and then support these individuals through the early years of their careers, as they produced their initial work. Whenever these colleagues had demonstrated unquestionable excellence in research, the Yales of the world would draw them in and for the rest of their careers take credit for their contributions to knowledge. I came to see this as a kind of academic vampirism, by which the most elite institutions were drawing the life blood away from the very universities that were actually nurturing quality scholarship.

More seriously, the most prestigious universities were the anchor for a hierarchy that automatically devalued everything that happen outside the supposed pinnacle of higher education. Like groups midway in a system of class stratification, universities like my own drew much of their meaning from the belief that they were closer to the ideal than their less worthy counterparts. Nonetheless, not being selected for the “Yales” of the world drained much of the sense of self-worth from many of my colleagues and contributed to the academic culture of shame that I have argued elsewhere weakens our ability to reach out to students who have been marginalized. (“The Shame Factories of Academia“). A university culture desperate to prove that it is superior to others does not prepare its teachers to empathize with individuals who have been left behind in the educational process.

The image of the vampire university came to me again, as I sat next to my son, trying to suppress these thoughts during Yale’s pitch to new students. One might think that I would have been happy by what I was hearing. The woman from the University’s recruitment office spent an hour listing all the efforts taken to assure that Yale students were given every opportunity to develop their full potential. If students needed to travel for a research project, the funds were available. If they needed to talk with a celebrity or a prominent researcher, that person was brought to campus.

Here was the institution I had been calling for, a university in which students really mattered. But which students? My involvement with the scholarship of teaching and learning had accustomed me to working with faculty from “lesser” institutions, where marginalized students lived constantly on the brink of academic and personal disaster. At these colleges, resources were scarce, and results were achieved through the commitment and personal sacrifice of teachers who simply could not ignore the desperate needs of those in their classes.

Now I was hearing about the enormous resources that were being lavished on elite students, most of whom had received education of the highest quality since preschool. Yale would, of course, take credit for every accomplishment of these pre-educated students, just as it did for the achievements of its researchers, who had been earlier been sustained and nurtured by universities further down the academic food chain. But, as others have often pointed out, the excellence of these students was largely the result of the raw intellectual material which was delivered to the gates of the university, not what the institution would add during the students’ four years on campus.

I thought about the colleges – the Elons, the Mount Royals, and many other colleges and universities around the world — where serious intellectual work was being done to create new ways to reach students who might otherwise be forced out of the system. I thought about the community colleges where dedicated teachers were fighting to help at-risk students find a place in an economy that was increasingly cruel to those without the skills learned in college. I thought of the entire structure of inequality and oppression that was being shored up by the differences in the resources and opportunities at different levels of the higher-education hierarchy. I thought about how the shame of not being at an institution like Yale corrupts the souls of so many faculty at “lesser” institutions and causes them to ignore the needs of their students in a quixotic effort to publish their way into elite universities.  And I was appalled that so much of the lifeblood of higher education was being sucked up for the benefit of a tiny group of elite students.

But, as we sat listening to the seductive list of what Yale could do for our son and all the other sons and daughters in the room, I didn’t say a word or indicate in any way how strong my emotions were. I did wonder whether I would be able to maintain this neutral façade for four years, if our son ended up at Yale. But that would be a job for the future. My task in that moment was to make room for my son’s decision.

Then, when the session ended, my wife turned to him and asked if he was ready to take the campus tour. He replied that there was no reason because this was definitely not a place that he would ever want to go. I was saved.